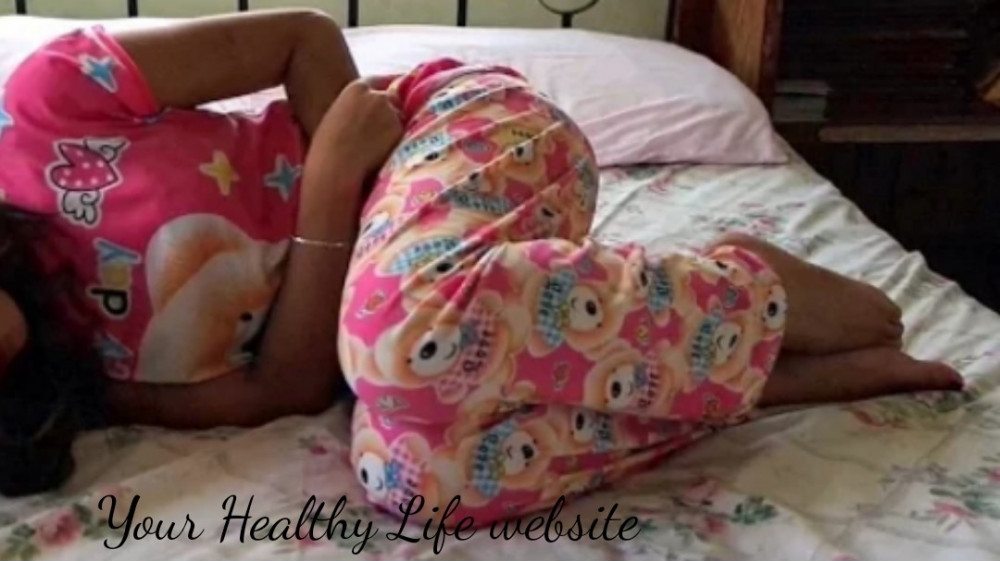 Hello world, welcome once more to Your Healthy Life Website and today we shall be talking about menstrual cramps which we all know as the Ladies’ Agony. We shall dwell more on the causes of period pains and some critical aspects associated with menstrual pains like symptoms and diagnosis.

I may not be a lady but our (men) lives are clustered by majority women who are related to us in one way or the other. Some blood related, others our spouses and the rest being colleagues and we as men can bear ourselves witness that when these three categories of women are affected by menstrual pains, so are we directly or indirectly.

Watching her lying so calmly on that seat once every month with her two arms tightened lightly on her abdomen (belly) as she wears a veil of sadness on that pretty face, makes me chase the wind leading me to where I can find water in the desert to quench her thirst.

I know some don’t care but others really do especially when they are fully aware of the slap they will receive when they seek some romantic touches during these periods.

Menstrual cramps are simply pains associated with menstruation. They are throbbing pains that affect ladies in their lower abdomen before and during the menstrual period.

Each month, the female’s body gets ready for pregnancy. When no sperm is available to fertilize the egg (ovum) thereby making pregnancy to be unsuccessful, the womb (uterus) sheds its lining. As a result, menstrual blood which consists of partly blood and partially tissue within the uterus flows out of the body through the vagina.

This process is usually associated with pains called menstrual pains and consist of two types:

Younger ladies are more prone to period pains but as they grow older, the pains reduce. Moreover, Pain usually declines gradually after a lady gives birth.

It is important to note that this pain caused by prostaglandins is similar to labor pains especially when prostaglandins are given during labor to induce the contraction of the womb.

Endometriosis: This is the condition where the tissue that lines the inside of the uterus called the endometrium is found outside the uterus. This causes mild and severe pains during menstrual bleeding.

Adenomyosis: This is when the tissue lining the uterus begins to grow in the muscle wall of the uterus.

Cervical stenosis: A condition whereby the gateway of the cervix ( the lower part of the womb) becomes narrow. This may, on rare occasions, cause the uterus to be filled with blood or pus leading to some menstrual abnormalities such as menstrual cramps, abnormal bleeding or no periods (amenorrhea).

Pelvic Inflammatory Diseases (PID): This is an infectious and inflammatory disorder in the upper genital tract (uterus, fallopian tubes, the pelvic structures). It is usually sexually transmitted and caused by a bacterium.

Ladies who are vulnerable to period pains include those:

How To Diagnose Period Pains.

It is evident that ladies rarely visit the hospital to consult their Physicians for period pains. However, when the pain becomes intense, long-lasting than usual, or a novel kind of pain arising that you have never witnessed, it is very proper to seek advice from your Gynecologist.

Haven looked at the tortures women go through as a result of menstrual cramps, there is much work to be done as far as ladies’ health is concerned and for us to reduce the tears our ladies shed during this period, there is the need to share love to our fellow sisters. How we can help them in our little way, even by sharing to them some important information that concerns their menstrual cycle is of great importance that should not be minimized.

As we have a pulse while awaiting our next articles, we will be more than gladdened as you keep your comments in the comment box below on what you think about our works and your opinion as far as our website or this article is concerned. And as you share the love we hope you share this article with the ladies you are acquainted with for them to know more about their menstruation. Thank you once more and see you at the top where joy reigns.